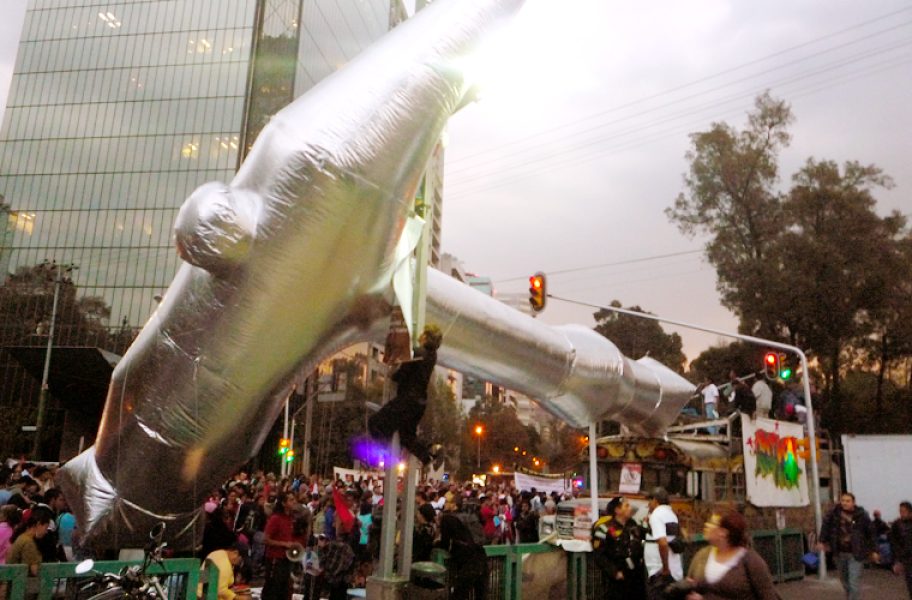 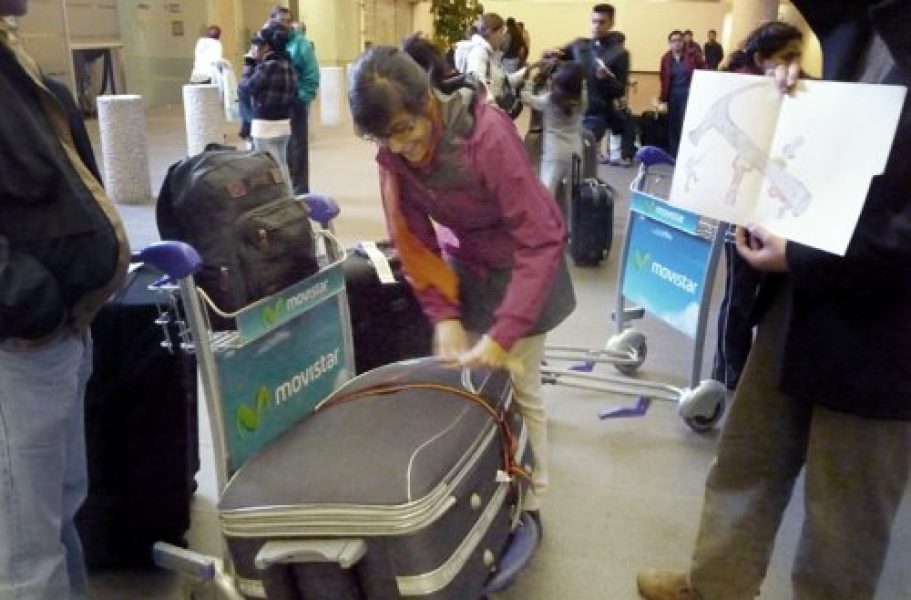 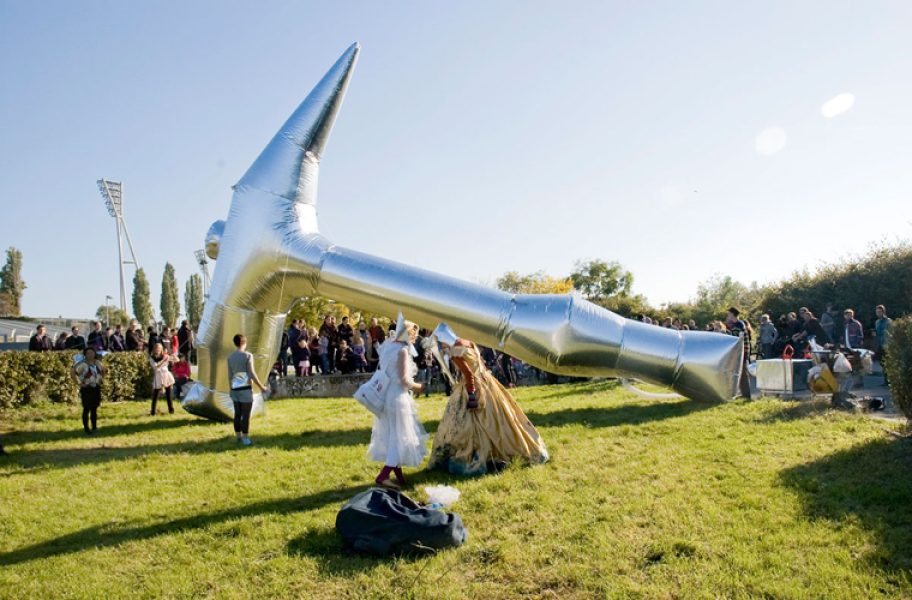 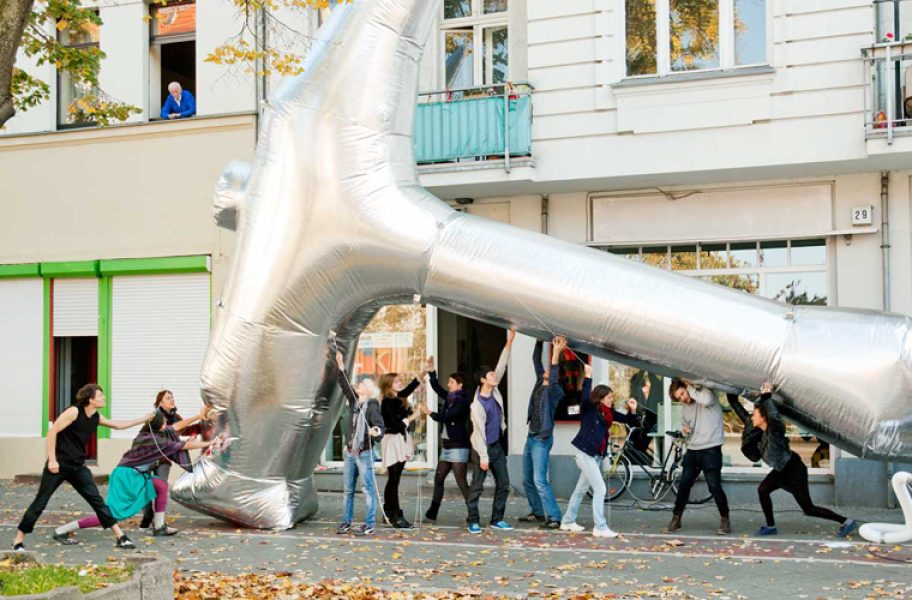 Outside the OKK Raum in Berlin Wedding 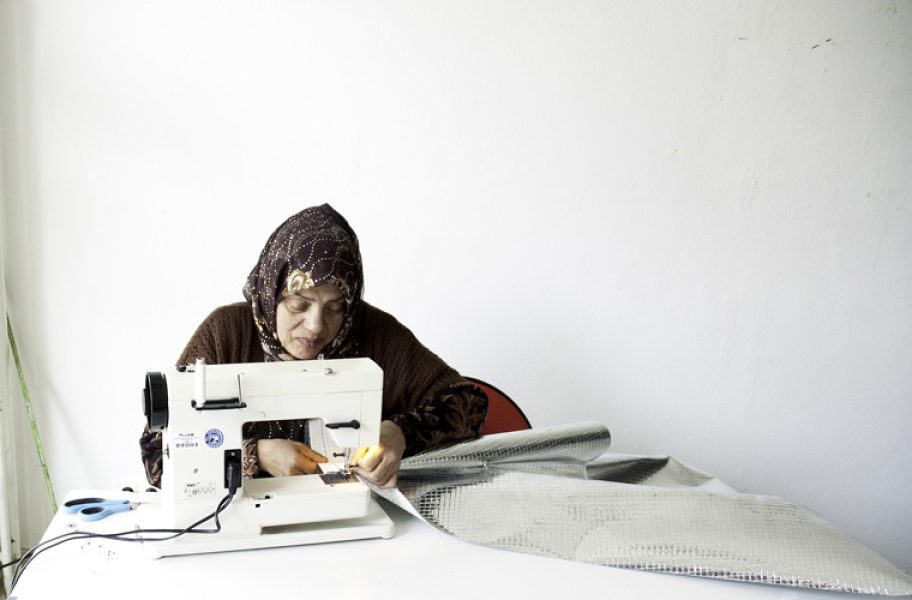 Aiset, a friendly neighbour, who helped us out with her sewing skills 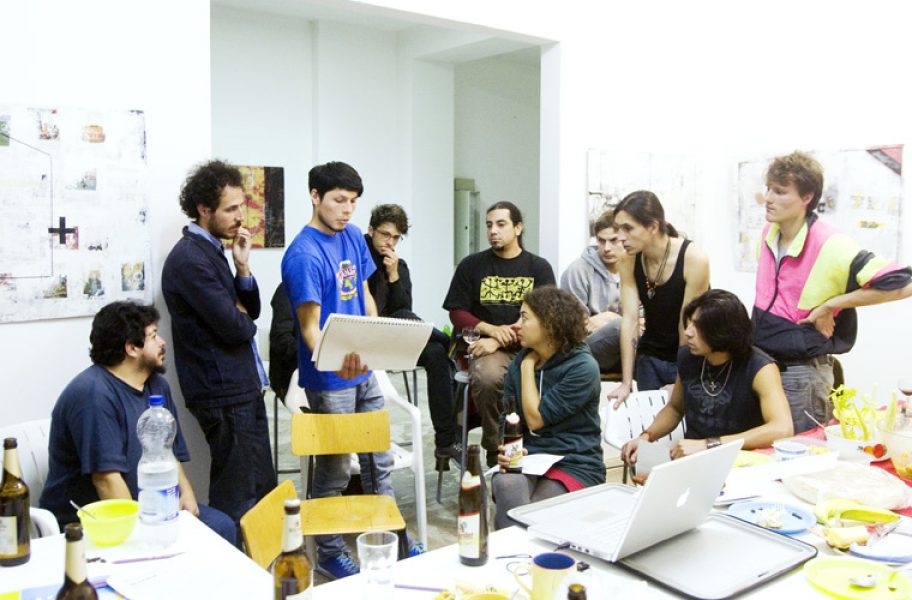 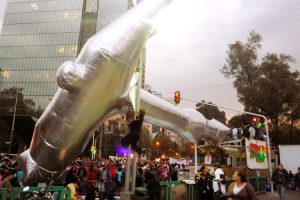 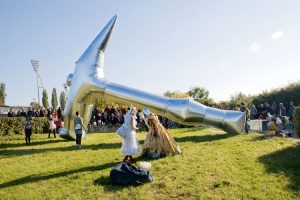 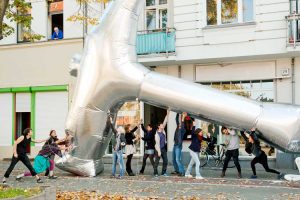 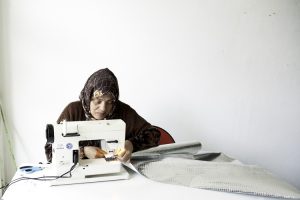 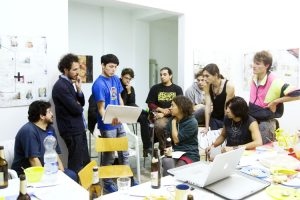 In the run-up to the COP 16 climate conference  in Cancún the Eclectic Electric Collective (which later morphed into Tools for Action) organized a workshop in Berlin Wedding to find out how we could participate in the protests against the political stalemate around climate action. Inspired by the slogan “Art is not a mirror to hold up to society, but a hammer with which to shape it”, we set out to sew a 12 meter tall inflatable hammer. After two weeks of intense work, it was packed into a suitcase and flown by a fellow activist to Mexico. On site it traveled with the activist group Marea Creciente for a month before being destroyed on the site of the COP 16 conference by the local police.